December 01, 2009
Two months went so fast, I have learned many things that changed me to be a better person. These two months gave me wonderful experiences not only about English but also about how much I learned about my own culture and American culture. About English, I have learned the American English in conversation class that increased my English capability. My curiosity and questions about American culture have been answered. Before I left my country, I had many questions about American culture such as if Americans are egoists? Or that Americans didn’t respect others, I mean they are so individual. Are Americans really punctual? Do they have special culture? And other questions that I have had answered when I was there.

Before I arrived in the United States, I just thought that Americans are people who really don’t care about others activity, I mean they are so individual and only have little time to interact and to talk each other. What I found in the first day and in the first week told me different; they are so nice welcoming me and my group, in fact, they are talking each other and shows their respect and nice with saying simple words such as “thank you”, “excuse me”, “sorry” and also shows that they are care with simple thing: holding a door open for the people behind. My opinion about their individualism changed into opinion about the American respects other differences and other activity. Otherwise, American have kind of culture to care well their own business and keep others privacy.

The one of the most importatn things that was not the same in my country is the attitude is punctuality. I found that Americans have a good commitment to keep their schedule in time, punctual and arranged well. Usually they maintain their activity in efficient conditions so they can more productive in short time. On the other hand, when we need flexibility in America we can get it! I mean we can figure out the problem about our schedule there. Those attitude affecting my own attitude and I am pretty sure that I will keep this good point of American culture.

If I compare American culture with Indonesian culture, I can find many differences about the food, taste, language, attitude, neighborhood and other culture part. But, from this program I have learned that basically there is nothing wrong about our differentculture. The big point that we have learned much are about “we are just different!”we should not make our differences become a problem, we just need to care, respect and be a unity in our diversity.

Studying English for two months have increased my English capability. I have learned about the “real American English” that sometimes little bit difference with English that we have studied in Indonesia. I was joined in Academic English (AE) 50 B class which is a wonderful class that consist 16 extraordinary people. I said that they are extraordinary because each of my friends has showed their capability in class. In this class I have friends from Korea, Saudi Arabia, Qatar and China. They are welcoming me and so nice to me and my friend who is in IELSP group too.

Popular posts from this blog 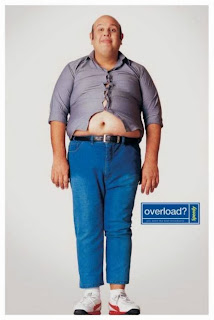